The 2019 Florida State football recruiting class is gearing up to be one of the most essential in the Willie Taggart era. The needs are obvious, the targets are clear, and the expectations are high. Taggart and his staff only have two more seasons to prove themselves and win back the fan base.

We truthfully will not know the full impact of the 2019 class until at least four years down the road, where either Taggart will still be at the helm or the next head coach will be given his fair shake.

With that in mind, we decided to look back on the recruiting classes from 2010 to 2014 and re-examine how they did in their time at Florida State. The end of the Jimbo Fisher era was obviously not on good terms after his team cratered in the 2017 season.

But the early 2010s classes are known for setting the stage for a national championship run in 2013. How good were they really? Was the eventual decline foretold in the later recruiting classes?

In order to conduct this examination, we had to break down the players into four categories: Hits, Surprises, Disappointments, and Busts. Here is how we define each:

Hits – Players who lived up to high rankings or players who greatly outperformed their rankings.

Surprises – Players who outperformed their rankings but did not do so enough to qualify as a hit. Think of a low 3-star who turned out to be a serviceable or above average starter.

Disappointments – Players who failed to live up to their high rankings but did enough to avoid being labeled a unanimous bust.

Busts – Highly-ranked players that contributed little or nothing to the team (in production).

Everyone else simply did what was expected. Most of those are 3-stars that served as career backups or strictly rotation players. There are a few low 4-stars that qualify for this group too. They are not listed because there is nothing truly notable about their impact.

We used our best judgement when deciding “highly-ranked” players. The typical cut off was top-200 according to the 247Sports Composite rankings. However, we also considered team needs at the time and if certain players could not fulfill those needs. An example would be the linebackers in 2016.

The 2011 class earns the distinction as the highest hit rate class on the list. None of the “Hit” players are typically considered legends, but many of them were nationally recognized. That includes six starters and four heavy rotation players on the 2013 national championship team. In addition, the Seminoles received some good seasons out of Terrance Smith and Lamarcus Brutus down the road.

Even the disappointments of this class were acceptable. Williams could never live up to his ranking and put it all together. Waisome was a starter on the 2012 ACC title team, but was lapped by younger players with a ton of NFL talent. Wilder Jr. was a tough decision since he still put up over 1,500 career yards and 24 touchdowns. They were disappointing compared to their recruiting rankings, but they were not outright busts and in all actuality, good players.

If 2011 was the foundation for the national championship, 2012 was the actual building structure with gold walls and a pool. The collection of talent at the top is pretty incredible. FSU had a Heisman winner, four high-level starters and eventual draft picks, and a quality starting tackle. The next level includes a decent starting quarterback, arguably the greatest kicker in school history, and solid contributors at punter and linebacker.

The boom/bust nature of this class becomes apparent. The busts were pretty bad. Pender and Casher got passed over for younger players despite clear opportunities to assume starting roles while Eligwe was eventually dismissed from the program. No one really qualified as a disappointment: you either lived up to your recruiting ranking or you failed to do so in a major way.

Jimbo Fisher’s first class was what you would expect from a first-year head coach. It did not light the world on fire — but it did provide surprises and program-changing recruits.

What sticks out about the 2010 class is the number of lower rated recruits who developed into NFL players. Werner, Erving, and Brooks were all 3-stars that turned into leaders on their respective sides of the ball. Mike Harris was a serviceable cornerback in 2010 and 2011. Trickett looked competent in place of E.J. Manuel during 2011 as well. 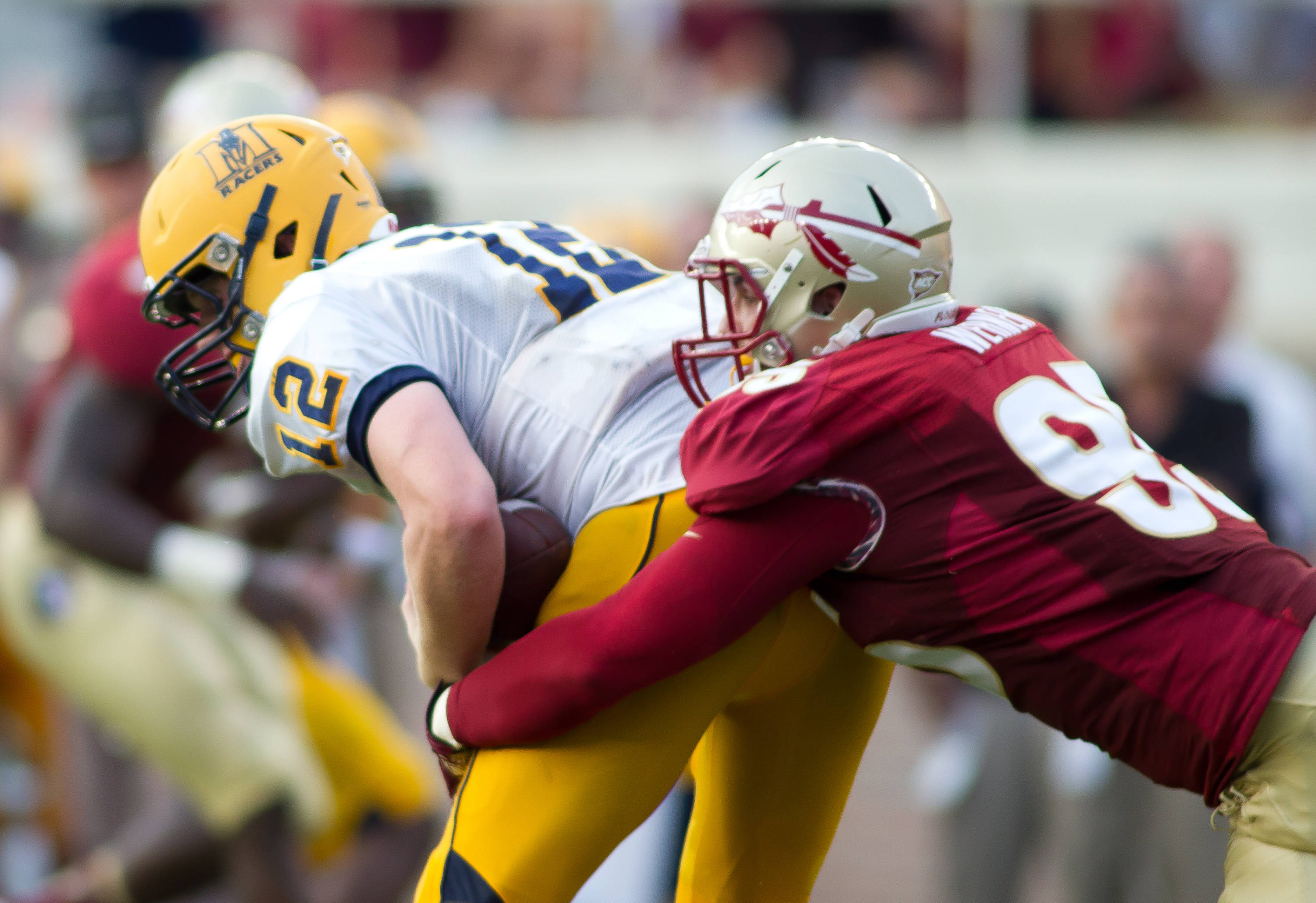 Luc and Green were two of the bigger busts in Florida State history. Each were 5-stars and top-30 players who simply could not break through at Florida State. Luc transferred and Green simply rode out his career in Tallahassee.

The 2013 class was hard to judge. On one hand, players like Ramsey and Walker turned out to be two of the greatest FSU players ever at their respective positions. Marquez White developed into a nearly elite cornerback. Hoskins, Wilson, and Andrews all outperformed their lower ratings.

Yet the pure amount of busts is concerning. FSU got essentially nothing out of all five. It was especially disappointing from 2014 onward when weaknesses at linebacker and wide receiver could have used more contributors.

Then there is Matthew Thomas. While his appearances in 2016 and 2017 cannot be ignored, he rightfully earned the nickname of “The Unicorn” from 2013 to 2015. Because he was almost never seen and nobody was sure if he would actually get a chance to fulfill his lofty ranking. He did get the opportunity — but at best he was an above average linebacker.

Hindsight is not all that kind to this class. But even when it was signed, the 2014 class was a disappointment. There were some questionable takes and shoddy evaluations that would harm the team down the road.

Thankfully they hit on superstars like Dalvin Cook and good starters like Rudolph, Nnadi, Johnson, and Christmas. Cook almost single-handedly brought the team 10 wins in 2015 and 2016. Johnson was a reliable (if not completely stellar) tackle, and Christmas was a force in the middle — even if his 2018 year was a slight dud.

The disappointments and busts outnumber them however. In years where the Seminoles needed linebacker help, they had four blue-chip linebacker prospects on their roster who either could not get on the field or disappointed when they did. Two of them transferred (Daub and Purifoy), one never lived up to their potential (Pugh) and another had a career-ending injury (Featherston). The same goes for the offensive line with Corey Martinez. Harrison had just eight career catches.