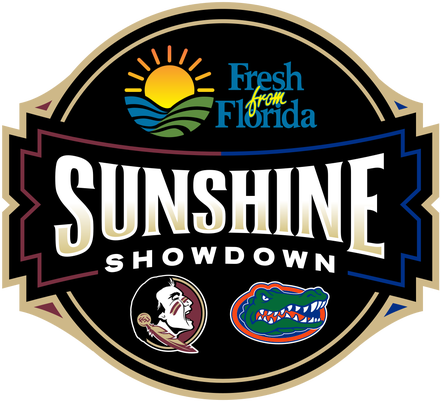 The Sunshine Showdown between the Florida Gators and the Florida State Seminoles is noon Saturday in Tallahassee.(Photo: CONTRIBUTED PHOTO)

The match-up between the two oldest public universities in Florida — undoubtedly one of the biggest rivalries in college football — is less than a week away.

The Florida State Seminoles (5-6) and the Florida Gators (8-3) will duke it out Saturday at Bobby Bowden Field in Tallahassee, the teams’ 63rd meeting. The game starts at noon and will be televised on ABC.

Will you be “chomping” or “chopping” this weekend?

For the past five years, Florida State has dominated the series. The betting line, however, suggests 2018 could be the year the Gators take the Makala Trophy back to The Swamp.

The series, which began in 1958, has been played the Saturday after Thanksgiving since the 1970s. 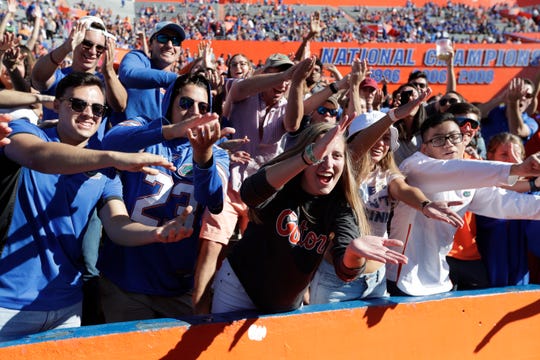 Florida fans do the “gator chomp” as they cheer Nov. 17, 2018, during the second half of the game against Idaho in Gainesville. (Photo: JOHN RAOUX/ASSOCIATED PRESS)

On Monday, SB Nation suggested the Florida-Florida State match-up might be one of six Rivalry Week tables that might be turning. Other Rivalry Week games include Michigan at Ohio State; Auburn at Alabama; Oklahoma at West Virginia; Central Florida at South Florida; and South Carolina at Clemson.

Before the game, show your Gator or Seminole pride by voting in TCPalm’s Facebook poll. The most recent College Football Playoff standings can be found here.

Here’s some history and tidbits you might not know about the Florida-Florida State rivalry:

In 1994, in what fans say is one of the most memorable games in the intense series, the Gators squandered a 28-point lead in the fourth quarter, allowing the Seminoles — the defending national champions —  to score 31 points in the final minutes of the game. It became known as the “The Choke at Doak.” 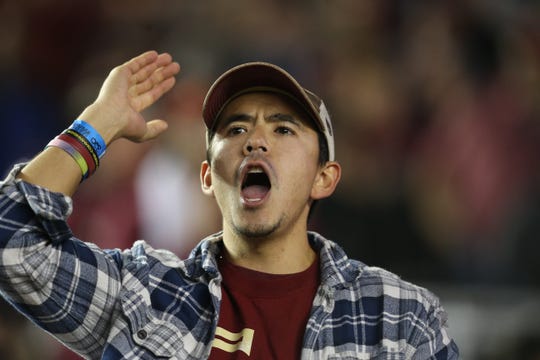 The Gators dominated the series until Bobby Bowden took the Seminoles to national prominence in the late-1970s. Since then, Florida State has won 24 of the past 43 games.

In 1996, the No. 1-ranked Gators were favored to win against the second-ranked Seminoles. Florida quarterback Danny Wuerffel, however, threw three interceptions in the first half, staking Florida State to a 17-0 lead. The Gators got within 3 points but in the end, but the Seminoles held on for the 24-21 upset.

Even though the Gators lost the Sunshine Showdown, they went on to win the Sugar Bowl, and their first of three national championships, by beating the Seminoles.

Maureen Kenyon is TCPalm’s trends reporter, keeping Treasure Coast residents updated on hot topics and happenings. Do you have a story to tell? Want to start a conversation? Send an email to [email protected], call 772-221-4249 or follow her on Twitter @_MaureenKenyon_.