These are the can’t-miss college basketball games in January

December is coming to a close, and the conference races are about to kick into gear.

Here are the best college basketball games on the schedule in January.

Michigan is the early favorite to win the Big Ten, but don’t sleep on the Spartans and Buckeyes. Michigan State is ranked fifth at KenPom, while Chris Holtmann-coached teams hardly ever beat themselves. That’s an underrated trait.

The Spartans are the more talented group. Cassius Winston and Joshua Langford will be the two best players on the court, but Ohio State is home. A fun throwback matchup to watch: Nick Ward vs. Kaleb Wesson, two post behemoths who can devour folks inside. They probably aren’t used to facing someone whose game mirrors theirs, given the amount of rim-rolling, stretch centers we see these days.

Circle this one on the calendar.

Two top 10 teams as of this writing, Virginia and Florida State have one loss between them. The Seminoles have impressive wins over Florida, LSU and Purdue, while the Cavaliers have wrecked everyone in their path.

This game is going to come down to who can control the tempo. Virginia, as usual, is playing at the slowest pace in college basketball. On the flip side, Florida State is 84th in pace, which is faster than average. The Seminoles are also just outside of the top 10 in offensive rebounding; Virginia prides itself on cleaning the defensive glass.

Two great teams; two completely different styles. This one will be fun.

Michigan is the better team and is playing at home. But these are two marquee programs who are both in the top 25, and Indiana has two star players and is having a nice bounce back year.

The Hoosiers are only 1-2 on the road, but they haven’t lost since Nov. 27 at Duke and have notched wins over Northwestern, Penn State, Butler and Louisville since then. Michigan has a ton of quality wing defenders to throw at Romeo Langford, but the Wolverines’ defense has slipped in recent outings. It’s down to No. 4 after leading the country in defensive efficiency most of the season.

Michigan and Indiana will meet twice in January. But the Hoosiers will likely have a chance to deal the Wolverines their first loss on Jan. 6.

It may not be North Carolina-Duke, but North Carolina-N.C. State is a heated rivalry — especially when the Wolfpack are playing as well as they are now.

These teams are both fine on defense, but this game could wind up in the ’90s. That’s because they play fast. North Carolina ranks sixth in pace; N.C. State ranks 11th. Both sides are loaded with drivers, shooters and athletes. Torin Dorn vs. Coby White is a must-see individual matchup; senior vs. freshman, but both are excellent college point guards. 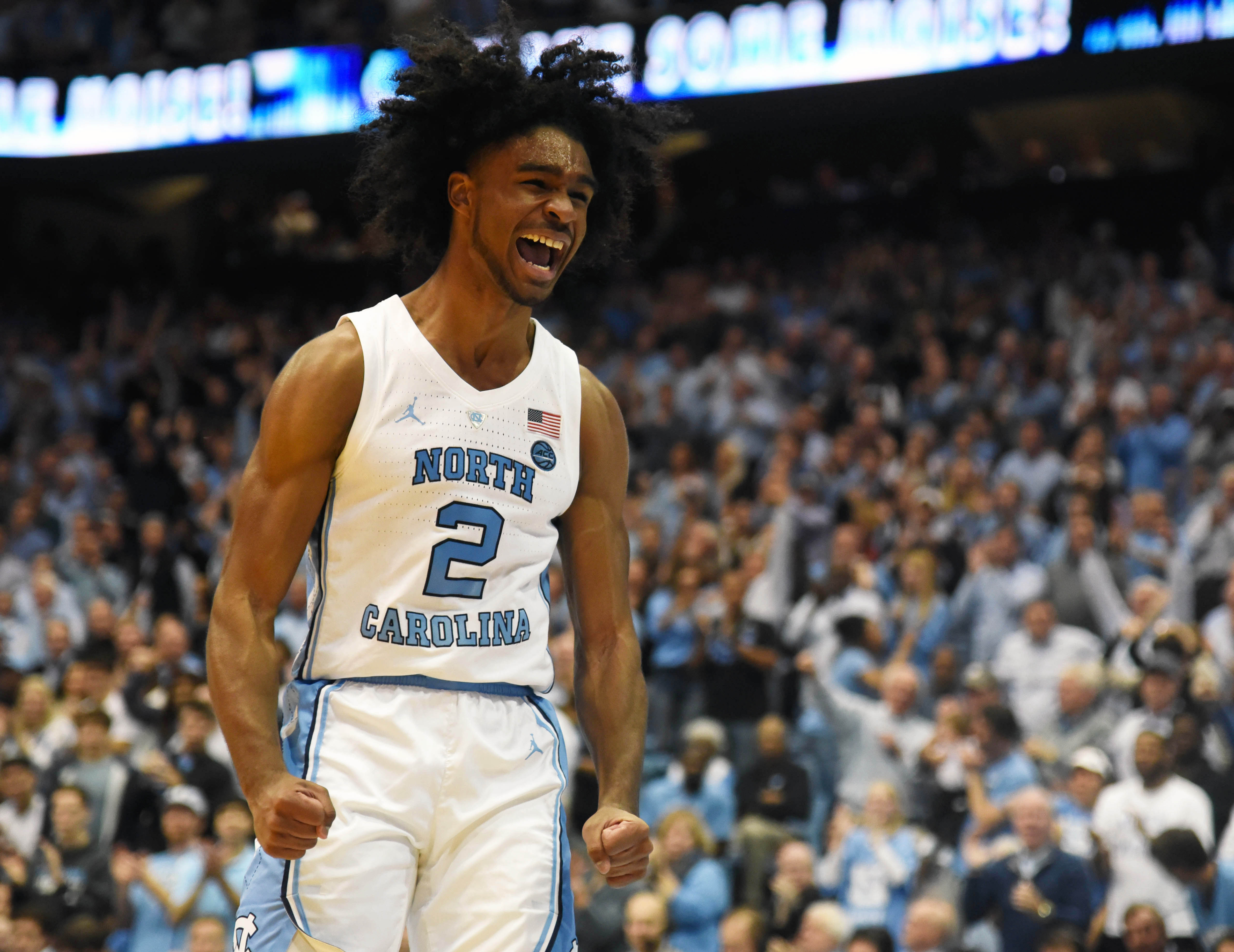 The Wolfpack will propel themselves onto the national radar with a win over its in-state rival.

What a week for Florida State, facing Virginia and Duke on back-to-back Saturdays with Miami sandwiched in between. We’ll see how the Seminoles look by the time they have to face the Blue Devils. But for now, this looks like one of the best games on the schedule.

This is a classic case of star power vs. depth. Florida State has seven players who average at least seven points per game, and none who average 13 or more. Duke, meanwhile, has three of the top players in the sport in Zion Williamson, R.J. Barrett and Cam Reddish. Duke’s bench is better than it was last year, but it’s still not necessarily a strength. The Seminoles’ fast pace could prove to be valuable.

Duke didn’t play a true road game in the nonconference. This will be its toughest test to date.

Virginia Tech has quietly been one of the best teams in the nation this year. The Hokies are ranked ninth at KenPom, have the No. 5 offense in the country and are making an astounding 44.4 percent of their 3s.

Virginia, of course, leads the country in opposing 3-point defense. Foes make just 24.4 percent of those shots against them; the Cavaliers are outstanding at forcing offenses into desperation heaves at the end of the shot clock.

But remember, Virginia Tech handed UVA one of its two regular season losses last year, and it did so in Charlottesville. It’s entirely possible to repeat in 2019.

This game delivered in a big way last year. Duke topped Virginia at Cameron Indoor by a score of 65-63, and this figures to be a top five matchup once again.

The Blue Devils will look quite a bit different, obviously, but the Cavaliers will have plenty of familiar faces in Ty Jerome, Kyle Guy and De’Andre Hunter. The Hunter vs. Williamson matchup is a must-watch if they guard one another for extended stretches. Hunter probably hasn’t faced a superior athlete all season. Williamson is the exception.

Duke and Virginia will play each other twice this year. But this is the kind of game that can be the difference between snagging an NCAA tournament 1-seed or 2-seed.

Hey, a non-ACC matchup! In all seriousness, the ACC is more loaded than ever in 2018-19, and there are incredible matchups on a weekly basis.

But Michigan at Wisconsin will be awfully entertaining. The Badgers, coming off a down year, have a chance to earn a signature win over a team that may still be in the top five once they square off. This is the kind of stage that could vault Ethan Happ to the top of the Naismith leaderboard if he has a big performance. Happ has a real chance to average 20 points, 10 rebounds and five assists. If Wisconsin can earn a 3-seed or higher in the NCAA tournament, that’s a Player of the Year resume. And then some.

This will probably be a low-scoring game, and it’d be surprising if either school won decisively. Look for a classic drama-filled Big Ten matchup.

It doesn’t get much better than this as far as nonconference matchups go. Kansas vs. Kentucky has provided a nice break in the league schedule in recent years, and this matchup should bring the same entertainment.

They were the consensus top two teams in the country going into the year, but both struggled (to various extents) early on. Kentucky seems to have found its footing after beating North Carolina and Louisville decisively, though, and Kansas is a different team with Udoka Azubuike in the lineup. He’s back and the Jayhawks haven’t lost with him.

Kansas has gotten the better of Kentucky the last three years, but the Wildcats are playing at Rupp Arena. Clear the schedule for this one.

College Sports: Back in Florida, Jimbo Fisher understands what a Gator Bowl win vs. NC State could could signify for Texas A&M
Under Armour Insider: FSU making noise with several key targets