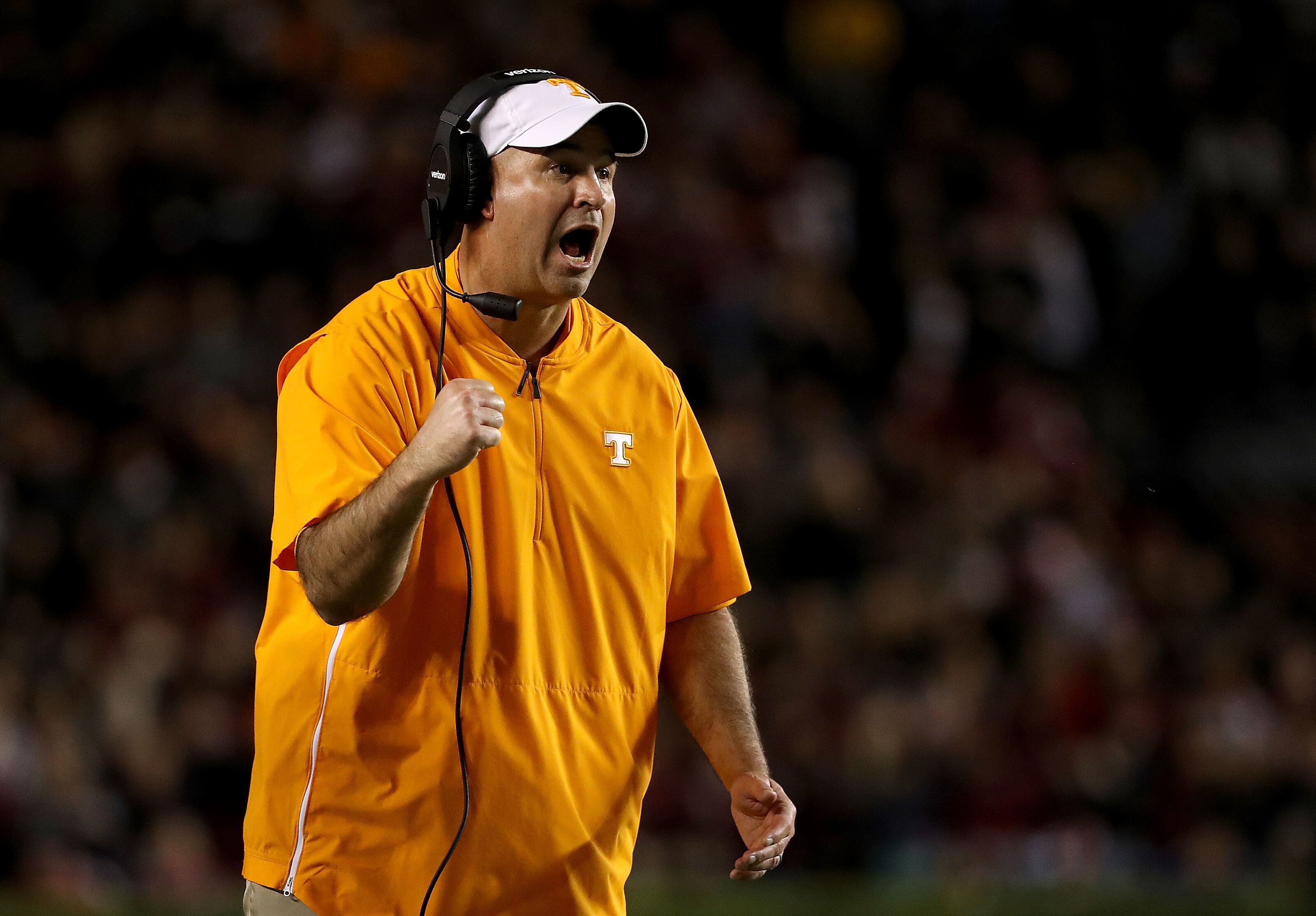 Here we are. After losing Mike Yurcich to the Ohio State Buckeyes, Tennessee football is bordering on major embarrassment with its offensive coordinator search. If they truly did offer Yurcich the position, there’s no way to explain him accepting a lesser job in Columbus.

Now the Vols have lost Yurcich to Ohio State, Kendal Briles to the Florida State Seminoles, Chip Lindsey to the Kansas Jayhawks, Kliff Kingsbury to the USC Trojans and Eli Drinkwitz to the N.C. State Wolfpack. It’s hard to know which of those candidates received real offers, but Jeremy Pruitt clearly appeared to go after Freeze, Briles and Yurcich.

So what now? Well, the bad news is the list of potential candidates is getting smaller for Tennessee football. The good news, however, is that there are still guys on the board who would be a steal if Pruitt could get them.

Starting with the obvious, though, Chip Long is not leaving his cushy position with the Notre Dame Fighting Irish. Major Applewhite has too many better options after being recently fired by the Houston Cougars. And there’s no way Freddie Kitchens leaves his post with the Cleveland Browns.

Where does that leave Pruitt? Well, we have a solid list of guys he can bring in who would still work out. Some of them may not, but as far as we can tell, these are the only five legitimate candidates out there right now who have gained any traction.

As a result, it’s time to take a look at the next move Pruitt can make. After all, somebody has to replace Tyson Helton. These are the top five remaining candidates for Tennessee football’s offensive coordinator position.